Understanding the Mythology of the Ancient Celts Through Their Astrology System 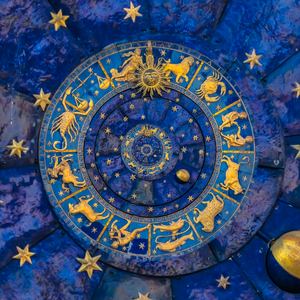 Understanding the Mythology of the Ancient Celts Through Their Astrology System

The mythology of the ancient Celts has long been shrouded in mystery and intrigue. While some of their beliefs have been uncovered through archaeological evidence and historical accounts, much of their spiritual practices remain a mystery to this day. One area where there is considerable evidence of ancient Celtic beliefs is astrology. In fact, the Celts were renowned for their use of astrology as a tool for understanding the universe and predicting the future.

The Celts had a sophisticated system of astrology that was based on an understanding of the movements and interactions between celestial bodies. They believed that these celestial bodies held great power, which could be used to influence events on Earth. This belief in astrological influences is thought to have originated from contact with other cultures, such as those in Mesopotamia or Egypt. The Celts used this knowledge to create an intricate system of interpreting the stars and planets in order to gain insight into the fate and destiny of individuals or nations.

One unique aspect of Celtic astrology was its emphasis on lunar cycles rather than solar cycles as found in other cultures such as Babylonian or Greek astrology. This lunar-based approach meant that it was easier for them to track individual months throughout the year rather than tracking entire years at once as other ancient cultures did. The Celts also believed that each month had its own set of influences based on particular stars and planets that would affect those born during that month accordingly - similar to how we use zodiac signs today but with a more complex setup than simply twelve signs divided into four elements (fire, earth, air, and water).

The Celts also believed strongly in Druidic magic which was linked heavily with their interpretation of astrological symbolism. Druids were priests who acted as intermediaries between gods and humans - seeking guidance from deities about important matters such as war efforts or harvests by consulting certain constellations or planetary positions at certain times throughout the year. These priests would then advise kings or warriors about how best to act according to what they saw in these celestial readings - providing an invaluable source of wisdom during times when more scientific information wasn’t available yet (or wasn’t trusted).

In addition to using astronomical observations for divination purposes, druids also observed animal behavior (such as migratory patterns) in order to track seasonal changes more accurately since they couldn’t rely solely on daylight hours due to frequent cloud cover over Ireland (where many druidic communities resided). This allowed them not only to monitor changing weather patterns but also provided additional information about natural disasters like floods or drought conditions which could be used when making decisions about crop planting schedules etc.

Celtic Astrology is still practiced by some people today although it has evolved over time with modern advances being added into its framework - such as charting out planetary aspects instead of just simple constellations/signs, etc. For example, many practitioners now use computer programs that can take into account all known variables when generating a birth chart including house placements & nodes, etc… Despite this evolution though Celtic Astrology still largely relies on traditional interpretations from thousands of years ago so if you want an accurate reading you may want to look for someone who is well trained both traditional methods & modern techniques alike!

Understanding Celtic Astrology can help us gain valuable insight into our lives if interpreted correctly – however, it should never be taken too seriously since it isn’t infallible nor should we forget that it comes from a time before science had advanced much beyond basic observation skills! That being said though there are many interesting tales & legends associated with this ancient form of divination so if nothing else exploring Celtic Astrology can provide us with fascinating cultural stories & insights – regardless of whether we believe all its predictions!

Celtic Symbols And Meanings Celtic Cross Meaning
We use cookies to ensure that we give you the best experience on our website. If you continue to use this site we will assume that you are happy with it. Ok